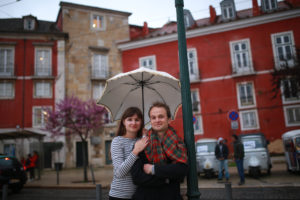 How has your traveling changed over the years?